The Difference Between a Good and Great Junior Attorney.

The Difference Between a Good and Great Junior Attorney.

by Tara Klamrowski
Law is competitive, and it can be difficult for young attorneys to stand out at their firms. However, junior associates can give themselves an edge by taking an active interest in their practice and their firm’s business. Here are some specific ways junior attorneys can separate themselves from the pack.
Know Your Practice Area
This goes without saying, but great junior attorneys don’t just clock in and clock out, they have a healthy intellectual curiosity about what is going on in their practice area.
Tags: associates law firms legal research attorneys legal tech
Continue Reading
Posted in:

Pinterest Loses Major Battle Against "Pinning" on the Internet 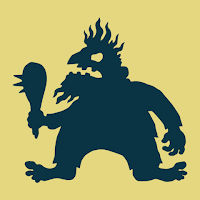 What kind of company makes no creative works but earns millions of dollars a year suing random people on the internet in the name of copyright law? You guessed it, a copyright troll. Much like patent trolls, copyright trolls are entities that do not create or distribute creative content, yet acquire copyrights to creative works in order to file lawsuits against accused infringers.
Tags: copyright litigation legal tech copyright troll
Continue Reading
Posted in:

When the Government Shuts Down: Third Party Data Providers Step Up

by Tara Klamrowski
From August 29 to September 6, 2015, servers operated by the United States Copyright Office, were down. For more than eight days, hundreds of applicants had to jump through hoops to file a copyright.
The Copyright Office’s electronic filing system, known as “eCO”, was taken offline “to accommodate a scheduled annual power outage to allow routine maintenance by the Architect of the Capitol,” according to the Office.However, at the end of the blackout period, the Library’s information technology office could not bring the servers back online, along with several other Library managed government sites.
Tags: copyright Legal-News legal tech Library of Congress IP
Continue Reading
Posted in: 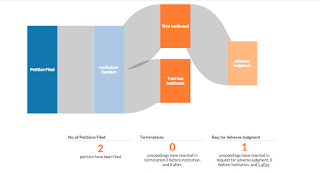 In a victory for aerospace company SpaceX, the Patent Trial and Appeal Board (PTAB) issued a decision on August 27th canceling 13 claims in a rocket sea-landing patent owned by competitor Blue Origin, a space venture backed by Amazon’s Jeff Bezos.
The patent at issue, U.S. Patent No. 8,678,321 B2 (the “’321 patent”), describes a method of vertically landing a rocket booster on a floating platform after launch.
Tags: Legal-News litigation aerospace SpaceX patent legaltech Blue Origin PTAB
Continue Reading
Posted in:

by Michael
Founded almost three years ago, the Patent Trial Appeal Board ("PTAB") has exploded in popularity as the venue of choice for challenging patent validity. This week, the PTAB reached a symbolic, but nevertheless real milestone:exceeding a quarter million document filingsin the court.
Tags: PTAB
Continue Reading
Posted in:

by Tara Klamrowski
Commercial banks, investment banks, brokerages, and other financial institutions spend an inordinate amount of time on due diligence: researching a potential debtor’s financial history and quantifying the amount of risk of a particular investment or loan. Much of this diligence can be automated.
There are hundreds of thousands of bankruptcies filed every year. Banks and other financiers use Docket Alarm to research personal and commercial bankruptcy records. Financial institutions can easily see if a potential corporate customer is solvent or has declared bankruptcy in the past. Using Docket Alarm’s API, searches can be automated, leading to an enormous savings in efficiency over manual searching.
In addition to bankruptcies, Docket Alarm automates access to court recordsinvolving your clients' and debtors’ litigation.
Tags: litigation bankruptcy API due diligence lending
Continue Reading
Posted in:

War of the Fitness Trackers: Adidas v. Under Armour

by Tara Klamrowski
Back in February of 2014, German sportswear giant Adidas filed a patent infringement suit against competitor Under Armour, Inc. in United States District Court for the District of Delaware.
Adidas accused Under Armour and its newly acquired fitness tracker subsidiary, MapMyFitness, Inc., of infringing ten of its patents.
Tags: Legal-News litigation Under Armour Adidas patent PTAB
Continue Reading
Posted in:

by Tara Klamrowski
Terms and connectors searching allow users to string together multiple complex queries. Say you are searching for §112 issues in a patent case. You may search for “written description invalidity” to find relevant information. However, this search will return any result that uses those three words. By using terms and connectors, you can narrow your query: (written w/3 description) w/10 invalidity. This query indicates that you are looking for results where the word “description” appears within three words of “written”, and “invalidity” appears within ten words of that combination.
Terms and connectors searching is also helpful in finding cases whose characteristics match your own.
Tags: legal research litigation legal tech patent IP PTAB
Continue Reading
Posted in:

by Tara Klamrowski
50 Cent’s moniker has ceased being figurative— the rapper and business mogul has filed for bankruptcy in Connecticut’s Bankruptcy Court.
Curtis James Jackson III, known by his stage name “50 Cent” or “Fiddy”, started his career as a successful rap artist, rising to the top of the charts and taking in millions of dollars in royalties annually.
Tags: music Legal-News litigation bankruptcy 50 Cent
Continue Reading
Posted in:

by Tara Klamrowski
On July 26, the Supreme Court ruled in Obergefell v. Hodges that states must recognize same-sex marriage. The long awaited decision was 5-4, with Justice Kennedy casting the swing vote in favor of upholding same-sex unions. In his opinion for the majority, Kennedy wrote:
No union is more profound than marriage, for it embodies the highest ideals of love, fidelity, devotion, sacrifice, and family.
Tags: SCOTUS Supreme Court same-sex marriage Legal-News legal tech lending marriage equality
Continue Reading
Posted in:

How Can I Track Companies Being Sued?

by Tara Klamrowski
Docket Alarm’s comprehensive platform has many tools to help you keep track of companies and their legal affairs. For example, Docket Alarm’s email alert tool helps keep you informed of the latest litigation developments involving a specific company. When a new lawsuit is filed that the company is a party to, or when there is a new development in an existing case involving that company, an update will be sent right to your inbox.
To create an email alert for a particular company, simply enter the company’s name in Docket Alarm’s Federal Court Case Alert Tool and click on the “View New Lawsuits” button.
Tags: litigation legal tech
Continue Reading
Posted in:

by Tara Klamrowski
In addition to lawyers and professionals, regular citizens can benefit from having access to Docket Alarm’s legal research platform to uncover litigation history and stay informed of the latest lawsuits and cases. Here are four ways the public can use Docket Alarm to their benefit.
1. Conduct Due Diligence
Citizens can use Docket Alarm to research potential employers or business partners.
Tags: litigation bankruptcy legal tech IP Kanye West due diligence
Continue Reading
Posted in:

by Tara Klamrowski
In the News: Docket Alarm is excited to announce that we have been selected as a finalist in Legaltech News’ Innovation Awards for Best Research Product! The award is in recognition of outstanding achievement by legal professionals in their use of technology.
Know Your PTAB Judges: Meet PTAB Judge Trevor Jefferson
In this installment of Docket Alarm’s Know Your PTAB Judge newsletter, Docket Alarm is proud to feature Administrative Patent Judge Trevor Jefferson.
Tags: Legal-News PTAB-Judges patent IP legaltech PTAB
Continue Reading
Posted in:
Previous Posts Newer Posts